Ok, embarrassing story... I'm a geeky girl. My little brother had some of his friends over sometime ago. One of them was this kid I never really liked, he's kind of a bratty 11 year old who always seems to get his way even though he's not very nice to anyone. I have no idea why my brother is even friends with him really.

They were playing around and having an armwrestling competition and this annoying boy won every match. Of course it went to his head and he started walking around boasting about how big and strong he is and that nobody could beat him, and since I happened to be around he even said it to me and he especially emphazised the fact that I'm a girl.

It made me really angry and I figured I had to take him down a notch so I challenged him to a match. Me being 18 I didn't even consider I could lose. Unfortunately to my surprise he was much stronger than I thought and I lost, both left and right... I'll never hear the end of this, I'm sure. 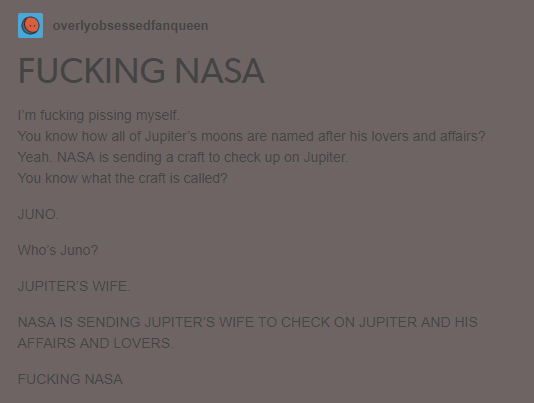 Submitted March 28, 2019 at 07:35AM by speckz
via reddit https://www.reddit.com/r/geek/comments/b6iv8u/nasa_jupiter_and_juno/?utm_source=ifttt
Posted by zbestsellerz at 7:14 AM No comments:

Marine Engineers are geeks as well. With a permission from mod.

Here is our little sub r/MarineEngineering

We are always forgotten in the basement, nothing changed still shovelling coal lol

Submitted March 28, 2019 at 07:28AM by subseaalex
via reddit https://www.reddit.com/r/geek/comments/b6isa8/geeks_in_engine_room/?utm_source=ifttt
Posted by zbestsellerz at 6:29 AM No comments: 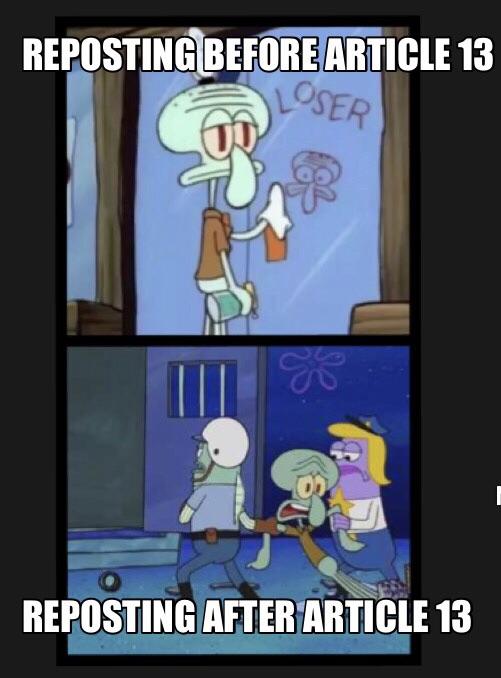 Submitted March 28, 2019 at 03:18AM by Divergent2000
via reddit https://www.reddit.com/r/geek/comments/b6gkxk/yeesh/?utm_source=ifttt
Posted by zbestsellerz at 3:09 AM No comments: