I was babysitting a kid once who's a friend of my son's. To be honest I didn't really want to, he's kind of rude and I have to admit I don't like him. Still, his parents were going out of town and asked me if he could sleep at our place which would've been fine but my son was at his dad's place. For some reason I said I could babysit him, no problem. I mean, I know the parents well and they're good people who've done me favors several times.

Well, I went over there and he was his usual not very pleasant self but there weren't any major problems, at least not until bedtime. I told him he had to go to bed, but he kept insisting he was allowed to stay up for another couple of hours since it was Friday. I think he was lying since his mother didn't tell me anything about that, so I said no.

He kept whining about it, trying to bargain with me in different ways and being really annoying in general. He was also quite rude and told me I had no business telling him what to do, since I was just some wimpy lady. He kept coming back to how wimpy I am, and how how strong he is since he works out and it really pissed me off after a while. Since his dad has a lot of weights and stuff in their basement I figured I'd put him in his place with a simple contest. I told the brat that if he can bench more than me he could stay up, otherwise it's bedtime. He happily accepted of course.

Now, i'm not an athletic woman by any means, but since he's only 11 I figured this would be easy as pie. Boy, was I wrong… As I lifted the bar I realized how freaking heavy it was, I could barely push it up once even without weights attached. The boy just laughed at me and put on some light weights on it and lifted it several times easy enough, he was ridiculously strong for his age. It was really embarrassing of course and I instantly regretted this stupid idea… Needless to say he kept teasing me about it and didn't go to bed any earlier than he wanted to.

Submitted July 21, 2019 at 06:44PM by chessmasterishere
via reddit https://www.reddit.com/r/geek/comments/cg6ewg/worst_babysitter/?utm_source=ifttt
Posted by zbestsellerz at 5:53 PM No comments: 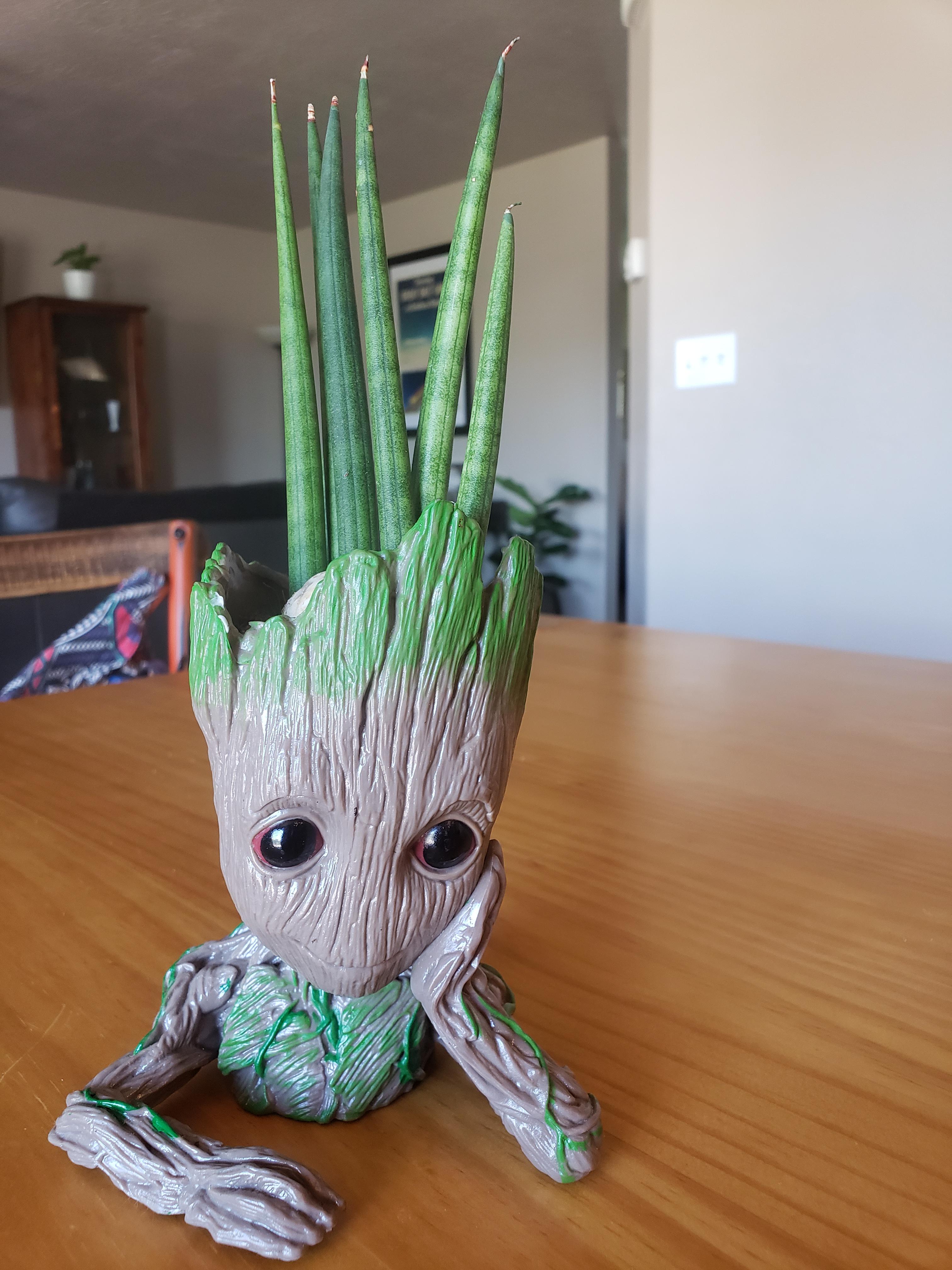 Submitted July 21, 2019 at 06:25PM by kalaka36
via reddit https://www.reddit.com/r/geek/comments/cg687p/baby_groot_mohawk_style/?utm_source=ifttt
Posted by zbestsellerz at 5:53 PM No comments:

Submitted July 21, 2019 at 10:40AM by RichWillingness
via reddit https://www.reddit.com/r/geek/comments/cg0zwm/this_baby_groot_bonsai_tree_pot/?utm_source=ifttt
Posted by zbestsellerz at 9:54 AM No comments: